A team of BFT Mastclimbing workers recently presented an event in London hosted by the Association of Brickwork Contractors (A of BC). Given the opportunity to present mast climbers as an alternative form of vertical access, the team also spoke directly to a number of those within the association to get an understanding of the perception of mast climbers.

Speaking with BFT Mastclimbing’s Head of Sales & Business Development, Rob Munns, this post highlights some of the key takeaways from the meeting.

“We went in with a certain expectation. We know how people perceive mast climbers and I made sure I led with all of these pain points. What I heard really surprised me."

The team at BFT are more than familiar with the tendering process.

With vertical access, there’s a certain point where the contractor has to decide on the vertical access and the project must start. Coming in any later means there’s no chance to discuss alternative options.

The problem is, BFT’s assumption was that the contractor is acting on behalf of the trades, keeping a regular dialogue about options and reaching out to relevant suppliers for quotes.

Talking to brick workers at last week’s event; that wasn’t the case.

“I was told by a number of brick-working professionals that they just aren’t involved at any stage. There’s no engagement from the contractor to the trade and no way the trade can influence the contractor.” Rob added.

“The message was clear. ‘It’s not that we hate mast climbers, we hate being out of the loop.’”

The session began with Rob leading a conversation about existing knowledge in the room.

“I was surprised. There’s a perception that nobody knows about mast climbers, but everyone in that room had either heard about them or used them.” Rob said.

“Intentionally, I wanted to lead with perceived negatives, spouting some great conversations.”

After an open forum, it became clear that there were four key approaches in which any issues or concerns can be solved. They include early adoption and implementation, training, safety perception and product quality, all of which BFT can demonstrate where they lead the market.

Being able to use these as approaches in discussions with trades and contractors would be hugely significant.

The Perception of Mast Climbers In The Procurement Process

On any given project, the perception from BFT was that it is the trades who had the preference on the vertical access used. The reality is, it’s not.

It’s not that they prefer other forms of vertical access over mast climbers, it’s that they are not having a say whatsoever.

A number of familiar faces were at the event, including Neil Allen from CARA Brickwork who continues to be an advocate of mast climbers, using them on all projects in the North of England. If one of the largest brick-working contractors is using mast climbers, it’s clear that demand is there.

It’s the approach and the wider conversation that needs to change.

“This is going to change a lot about how I approach the ‘outreach’ stage.” Rob said.

“It’s not a case of going directly to the trade. They’re not having a say. We need to come at it from both angles.”

The advice here is for trades and mast climber providers to work together. From either side of the procurement process, there needs to be a conversation that involves all parties.

“We need to be talking with contractors and having mast climbers considered at the earliest possible stages.” Rob adds.

“And we need the trades, whichever one it is, to be in the ear of the contractor saying what their own preference of vertical access is.

“It needs to be an open, honest and frank discussion with all parties at the right part of the procurement process.”

Scaffolding & Mast Climbers Do Work Together

It works from both sides of the vertical access debate too.

BFT Mastclimbing understands that very often the best solution is a hybrid combination, using both scaffolding and mast climbers. Despite that, it’s often considered a binary decision.

If there’s a project and trades are using MCWPs for the first time, they might feel a bit of pressure. That’s not an issue, BFT can start a conversation and offer training.

Likewise, if scaffolding is the preferred method despite calls for mast climbers it’s important to open up the conversation and discuss why certain decisions were made.

“If it came down to budgets and finding the most cost-effective solution, then mast climbers would be more commonly used.

“It’s simply down to mindset and not wanting to change from a familiar form of vertical access.

“I want to reach out to all those contractors who are sticking with the same scaffolding solution and attend a site visit with them. Let’s talk through vertical access together.”

Doing this will help break down the barriers of communication in the built environment and lead to a smoother tendering process and more efficient projects. After all, in this climate, with rising costs and increased pressures, running project’s more efficiently is key to tightening purse strings.

Evolution not revolution is a term often thrown around the construction sector, but after the session with the Association of Brickwork Contractors, it feels more relevant than ever before. Breaking down barriers and opening up dialogue channels is what the aim is for the next 12 months.

Conversations need to be had, from trades to contractors, and contractors to suppliers. Removing hurdles and offering solutions are key to growth within the sector.

Whether you’re a trade wanting more information on mast climbers, whether you want contractors to consider them at an earlier stage or even if you’re a contractor and want to further understand a mast climber’s capabilities BFT Mastclimbing is here.

The simple advice is don’t keep banging your head against the wall. Pick up the phone and have a chat with the experts at BFT Mastclimbing.

BFT Mastclimbing is the UK leader in provision of Mastclimbing Work Platforms (MCWPs) to the construction industry.

MCWPs are a highly deployable alternative to scaffolding which can be used on both construction and maintenance projects....
View company profile
Send Enquiry 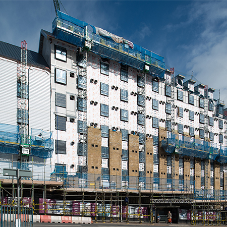 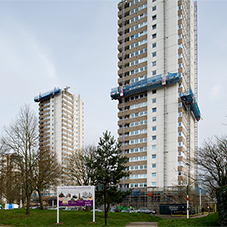 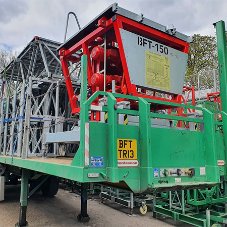 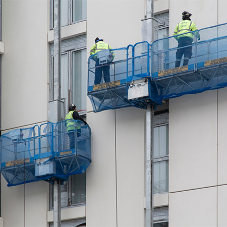 You may also be interested in this related Product News: Mast Climbers: Why Your Initial Thoughts Are Wrong Read Now