Antro provides just the right balance of colour, texture and contrast for this affordable housing project, designed by BPA for London Borough of Tower Hamlets and forming part of the Berthold Lubetkin-designed Dorset Estate, originally constructed in the 1950’s and 1960’s.

Comprising 20 flats in total, Orwell House is a new, wedge-shape, in-fill development, just off Colombia Road, to the North-West of the Borough.

BPA’s imaginative design for this six-storey building features balconies and a roof terrace that look out across Ravenscroft Park with the steel-framed volume of Orwell House contained by Vandersanden’s multi-coloured greyish brick envelope.

On the two shorter sides, this brick envelope is fronted by balconies clad in pink, glass-reinforced concrete (GRC) panels. This bold chequerboard patterning echoes the tones and patterns used by Lubetkin to animate facades on buildings across the existing estate.

"We chose Antro for its ashen-grey tones and its high degree of texture and variation,” comments John Lineen, Project Architect at BPA. “The building is a simple, wedge-shaped brick volume, punched with deep-openings, and with loggia at either end screened by pink GRC panels. From a distance, the bricks needed to provide a neutral base that emphasised the coloured screens while up close they needed to offer visual interest, especially on the restrained north and south elevations."

Orwell House is built in line with the London Plan’s Be Lean, Be Clean, Be Green. All the flats are dual-aspect, allowing cross-ventilation, and are specified with floor-to-ceiling windows, flooding the flats and corridors with natural daylight.

Around these window openings, BPA designed deep brick reveals on the exterior with this design helping to infuse Orwell House with a sense of permanence, robustness and solidity. Elsewhere, brick specials on the corners form confident, defined edges for the building and the use of stacked bonds in specific areas works to accentuate its verticality.

Antro is created from a combination of different clay forms which yield a grey base colour, then coated with specific sand types to bring a grained, creased texture to the brick. The clay structure evokes darker and lighter tones out of the base grey along with shades of white in the overall final appearance. BPA viewed a range of samples from Vandersanden before making Antro their final selection in a process described by John Lineen as, “as easy as it could be”.

Completed in July 2020, Orwell House is a Finalist in the Housing Awards 2021. To learn more about this project, please visit here. 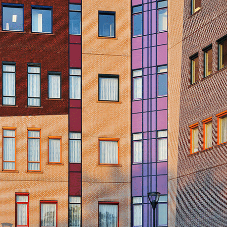 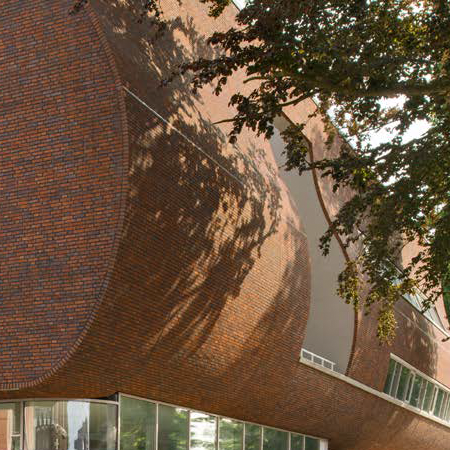 You may also be interested in this related Case Study: COCOA STUDIOS’ STYLE DEFINED BY VANDERSANDEN’S HERNING BRICK Read Now