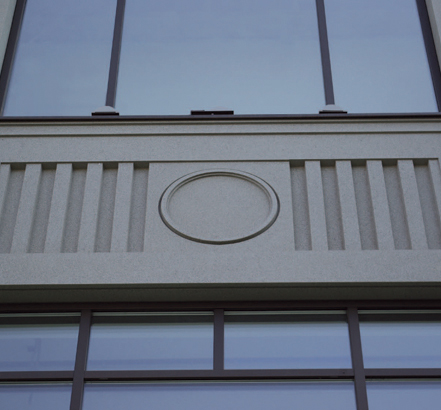 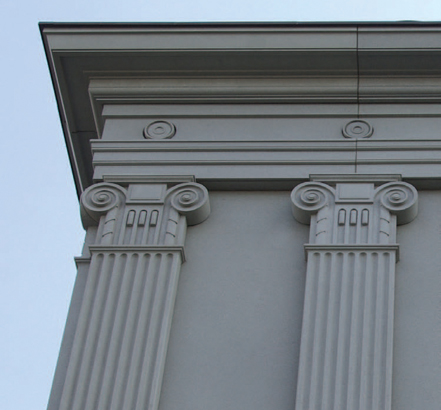 Pre-cast concrete is clearly on the up. Decomo from Moeskroen are the living proof of this. Following the completion of an exceptional office complex in London, it was Moscow’s turn. The renowned luxury shopping paradise TSUM was due for a second renovation. This operation was brought to a successful conclusion by Decomo. The project was not always plain sailing and there were numerous subtle challenges to tackle along the way. Nevertheless, Decomo always came up with creative solutions to the great satisfaction of the client PSP FARMAN, the architect and the developer. In order to get a better idea of the project, we interviewed the Area Sales Manager Marnix Soubry.

When asked how the distance between Moscow and Belgium was bridged, Marnix said: “At the start of the project, we considered having the concrete facade elements manufactured in the Moscow area. That would have been easier. However, Decomo’s know-how and experience could not be transferred just like that. It was too complex a situation. Therefore, this idea was quite quickly ruled out. Following consultation, it was decided that the facade elements would be manufactured at Decomo and then transported by road to Russia. The total surface area of the facade elements was no less than 6,300m2 with a volume of 860m3 of concrete. 1,100 finished units were produced for a sum of €1,700,000 ex works. Each transport delivery took 8 to 10 days to reach Moscow. Flat-bed trailers with adjustable curtain sides were chosen.”

Marnix also described the difficulties and challenges of the project: “An initial difficulty was of course the language barrier. After much discussion, it was agreed to use English as the medium of communication, although in Russia knowledge of any foreign language is more the exception than the rule. In addition, there were the typical difficulties associated with delivering to Russia. There was a great deal more administrative work in comparison to other countries. A second problem was regarding the establishment of a quality standard. With this in mind a complete facade mock-up was assembled at Decomo’s yard and submitted for approval. This mock-up was incorporated into the building at the end. The design, production of the precast units and the panel fixings were also taken care of by Decomo. But, for example, the transport, assembly and the protection against graffiti and pollution were organised and managed by the client. This naturally led to the risk of the elements being damaged during assembly and unsuitable products being applied for protective purposes. In order to avoid these sorts of problems, Decomo decided to supervise these external works extremely closely. Decomo invited the engineers of PSP Farman from Moscow for a week of training. Also, at the start of the implementation of the project, Decomo sent 2 project leaders to Moscow for 2 weeks.”

Marnix also discussed the advantages of architectural pre-cast concrete: “The building was erected in 1908 in a neo-gothic style. The new look had to be in harmony with the original style. The architecture firm “OOO Andrei Meerson and partners” designed a classical facade with a distinctive ornamental effect and pillars with large plinths and Ionian capitals. For the production of the facade, the developer had the choice between natural stone from the Urals and architectural concrete. The choice was made for architectural concrete. This product is not only contemporary and trendy, but it is also more flexible and therefore more capable of reproducing all the intricate details. The expressive possibilities of architectural concrete are therefore countless. Moreover it is a known fact that erecting precast concrete is faster than building a traditional cast-in situ structure, therefore this allows the client to shorten his overall site activity period.”

When asked about the techniques, Marnix stated: “Structurally, there were two different sorts of facade elements. Up to a height of 13.40m (“Tsum I”), it was a stacked facade with elements of at least 15cm thick. They were supported by the foundation, are individually reinforced and fixed to the frame of the building with stainless steel right-angle brackets. Above the height of 13.40m (“Tsum II”), it required independently hung elements which were 12cm thick and secured to the frame of the building with the aid of adjustable facade anchor ties. There was a large variety of architectural ornamental elements, and each different type required a special casting-mould. The moulds were manufactured out of pourable silicone, which was poured around a positive model carved out of a CAD model.”

To finalize, Marnix said: "We are extremely proud of what we have achieved. We also realise that this was only possible thanks to the efforts of our partners. It goes without saying that this valuable reference will open more doors for us to long-distance foreign projects.”

Add Decomo sets foot in Russia to your Enquiry Shortlist

Make an enquiry to Decomo

Make an enquiry to Decomo

You may also be interested in this related Product News: 0/16 mm and 0/20 mm IBAA as unbound subbase in pavement Foundation Class 2 Read Now