A blog written by Marshalls…

Have SuDS finally arrived? Examining recent research and testing into the longevity of permeable paving.

Chris Griffiths has worked for Marshalls since 2011 and has been involved in SuDS for over 10 years, with a great technical understanding of flood solutions.

In this blog he takes a look at the results of recent research and testing into the longevity of permeable paving.

Sustainable Drainage Systems (or SuDS) have been around since the late 90’s. Mimicking natural drainage processes by providing source control and promoting the growth of green spaces is an entirely sensible approach to combating flooding. As understanding has grown, it’s clear that well designed SuDS also provide a whole host of additional benefits such as improved air quality, amenity and mental health.

However, despite a wealth of evidence proving these advantages, and studies demonstrating the clear cost savings, for many years these systems have been viewed with distrust by many designers and specifiers.

The construction industry is necessarily risk-averse, and as margins are increasingly squeezed, few organisations want to risk a new approach to development.

This inertia has often left SuDS languishing near the bottom of the developer’s agenda, all too often treated as a last-minute bolt-on to be included only if they’re required to meet planning requirements.

The problem with this is that effective SuDS systems need to be designed in right from the start of a project. If they are shoehorned in at the end, they become expensive, cumbersome and far less effective than they could have been.

A shift in attitudes towards sustainable development

However, the water management industry has recently become aware of significant changes in the sector.

Over the past 12 – 18 months attitudes towards sustainable development have switched from a “nice-to-have” plugin to a ‘must-have’ selling feature. Driven by clear guidance and strong legislation (such as the Welsh SuDS Standards and the new London Plan), developers finally seem to be pushing for inclusion of better surface water management. In addition, one of the upsides of the Covid effect has been a mass reconnection with nature and an appreciation of the benefits it brings.

With time on their hands, people ventured outside and have come, in a relatively short space of time, to value the natural capital on their doorstep more than ever before. It seems that the penny is finally dropping, appropriate legislative carrots and sticks are in place, and at last water is being welcomed into developments as an asset.

Another aspect that’s helping to accelerate this transition is the abundance of support provided by organisations across the sector. Keen to promote better designs, suppliers are working with designers, specifiers and contractors to make integration of effective SuDS as easy as possible.

Access to best practice and case studies is helping to dispel many of the myths that have traditionally prevented the inclusion or adoption of many simple SuDS techniques.

What do tests and recent data show about the longevity of permeable paving?

A common question is around how long permeable paving lasts. There’s a widely held misconception that without maintenance, permeable systems become clogged with dirt and debris and stop working.

To dispel this myth, Marshalls Design Team have conducted American Standard ASTM tests on some of our older permeable pavements, to see how they perform years after installation.

The video below shows how a system built in 2003 copes with any likely rainfall event we would see in the UK.

As part of the study, the team also looked into Met Office data to understand what level of rainfall a system might reasonably be expected to cope with.

The results of the tests were surprising; the oldest pavement tested, after 19 years under heavy trafficking and with zero maintenance, was still more than twice as permeable enough to cope with the heaviest one-hour UK rainfall event in history!

Using the collected data to predict the rate at which the surface might continue to clog, we estimate that it will be 32 years before the pavement becomes too impermeable to cope with that same extreme event.

It is hoped that the full report, Using Field Tests to Evaluate the Hydraulic Performance of Existing Concrete Block Permeable Pavements, should give specifiers and adopting bodies alike the confidence to design, install and adopt permeable pavements safe in the knowledge that they will continue to perform effectively throughout their design life.

During the process, we also secured a video interview with early SuDS pioneer Simon Curl from Suffolk County Council, who designed one of our oldest permeable schemes in 2003. He had some sage advice about various common concerns such as tree roots, services and maintenance.

You can find all of this and more on our SuDS and Permeable Paving " target="_blank">resource page.

All Marshalls products are crafted to the highest quality with elegance and durability in mind. The company offers an unbeatable selection of traditional and contemporary themes, from attractive natural stone paving and concrete paving products to...
View company profile
Send Enquiry 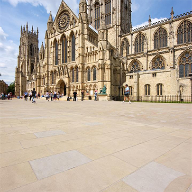 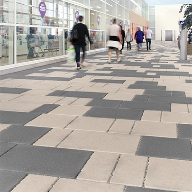 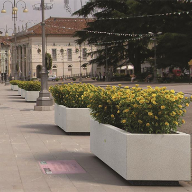 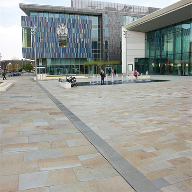 Add How long does permeable paving last without maintenance? Marshalls investigates [BLOG] to your Enquiry Shortlist

You may also be interested in this related Product News: Marshalls – Made in Britain [BLOG] Read Now