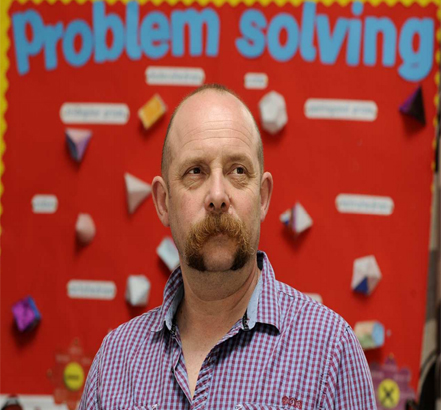 St. Peter’s School is a Victorian-built primary school in Aylesford, Kent. Erected in 1836, the school educates children aged four to 11 and in 2009 decided, as part of a School House Challenge, to set itself the target of becoming the UK’s first carbon neutral school. At the heart of this initiative is the school’s belief that it should take responsibility for its own impact on the environment, both locally and globally, whilst at the same time encouraging its children to take on their own individual ecological responsibilities.

The project worked practically through the involvement of the School Council, who met to discuss new plans and initiatives to reduce the school’s environmental impact, which were in turn relayed to the children to debate. The children then conducted experiments to determine the best course of action.

Throughout the school, the children have been split into two groups to conduct the project, ‘Power Rangers’ and ‘Eco-Warriors’ and are assigned tasks to reduce the overall environmental impact of the school. The Power Rangers are responsible for ensuring that all electrical equipment is switched off when not used, while the Eco-Warriors work tirelessly to recycle all materials used by the school.

One of the first areas that St. Peter’s looked at as part of the project, were ways to make their school more energy efficient, which included examining how the building was insulated.

The children were asked to conduct an experiment in which they filled Ribena cartons with hot water, wrapped them in a variety of insulation products and measured which product performed best at retaining heat. As a result of these experiments, ACTIS Insulation was approached with the view to using its TRISO-SUPER 10 multi-foil insulation to support the project.

There were a number of benefits to using ACTIS multi-foil. Firstly, from an environmental perspective, the thermal performance of ACTIS’ TRISO-SUPER 10 provides the same insulation benefits as mineral wool products up to 210mm thick. Furthermore, with St. Peter’s being a intricately designed Victorian school, there were installation challenges that could only be met by using a thin insulation.

In other areas of the school, ACTIS combined the TRISO-SUPER 10 multi-foil with its natural wood fibre insulation SYLVACTIS. This enabled exceptional thermal performance in the most environmentally responsible way.

Beyond the obvious benefit to the children of having such an environmentally responsible school, it is thought that the project could have a range of additional benefits which will ensure that other schools and businesses use St. Peter’s as an operational model in the years to come. By demonstrating that it can implement these changes despite a host of challenges, including the age of the structures, and its diversity of functions, it is hoped that it will become a yardstick for other organizations that will become increasingly pressured to think about their energy efficiency by the government.

Head Teacher Simon Temple said: “We’re still in the early stages, but have a clear strategy to reduce, reuse and recycle throughout the school while using renewable sources to power, heat and light the building. I want to show that if we can achieve this target, others can follow suit.”

Mark Cooper, Project Manager, ACTIS Insulation, agrees that the project will be a success on a number of levels: “The project is hugely important. Not only will the school massively reduce its overheads and impact on the environment, it’s also ensuring that the children are learning about science and the environment in a unique, interesting way.”

Make an enquiry to ACTIS Insulation

Make an enquiry to ACTIS Insulation

You may also be interested in this related Case Study: Pale Ash Floor for Renovation Of Regency Villa Read Now