Introduction
An integrated smoke and natural ventilation solution from SE Controls is helping ensure that Tesco’s recently completed Walkden superstore in Manchester maintains a safe and comfortable environment for shoppers and staff.

Background
Constructed as part of the £80 million Ellesmere Centre retail development and designed by AEW Architects, the new store replaces an existing Tesco on the same site, but has been expanded to provide more than 168,000 sq.ft of floor area, making it one of Europe’s largest Tesco Extra stores.

In normal day-to-day ventilation mode, the natural ventilation system constantly monitors the temperature in each zone, on both the ground floor and mezzanine level, with the average reading from separate sensors being used to signal the actuation of the atrium vents.

When triggered, the vents initially open by 10% of their full capacity and continue to open in 10% increments up to a maximum of 50% if the temperature rise is maintained, before closing using the same incremental approach until the temperature reduces to 21°C, when the atrium vents are fully closed.

The SE Controls system also enables the operating algorithms and set points to be changed or fine tuned to meet specific conditions, if necessary, as well as allowing night purging to cool the building’s thermal mass, where the vents open 30 degrees. The SE Controls’ solution also monitors weather conditions to ensure that in rain or high winds, the vents are automatically closed to stop the ingress of water and limit any possible damage.

Each smoke and natural ventilation zone uses a dedicated control panel, which is triggered by the fire alarm system in the event of a fire, causing the atrium vents to open fully, allowing smoke to be vented from the building and ensure escape routes are kept clear.

SE Controls CE and EN12101-2 Products
In smoke ventilation mode the vents open to 87 degrees and are hinged on opposing sides to provide optimum operation and maintain safety even in high wind conditions. A separate battery back up system is also installed to comply with EN12101 part 2 and ISO21927-9 regulations, which enables the controlled opening of the vents should a mains power failure occur. The advantage to this approach rather than a ‘fail-safe’ spring operated system is that is removes any possibility of damage due to rapid opening, while maintaining control in natural ventilations mode, protecting the vent against any potential wind damage while the mains power is restored.

Smoke ventilation and control is a key issue and is the subject of a seminar organised by the Smoke Control Association (SCA), where SE Controls’ Managing Director, Will Perkins, will be presenting on natural smoke ventilation technologies as one of the event’s main speakers. The event is being held on 10th April 2012 at FETA’s headquarters in Hare Hatch, Reading and is aimed at Building Control Officers, the Fire Service and other stakeholders. Details and booking instructions are available from www.feta.co.uk. 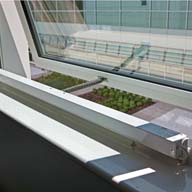 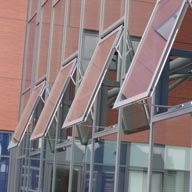 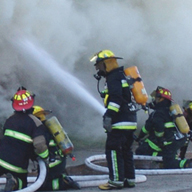