The Bauder team at the Scottish NFRC Awards, 15th November

Bauder have been honoured with three roofing industry awards for hot melt and green roof installations as well as roofing supplier of the year.

Bauder approved contractors, Protech and the Breyer Group, came away as winners at The Liquid Roofing and Waterproofing Association (LRWA) Awards ceremony at the Titanic hotel in Liverpool on 6th November.

Congratulations to both Protech and the Breyer Group on their success.

Greenroof UK were awarded green roof project trophy for their workmanship on the inspiring Lagg Whiskey Distillery and Visitor Centre on the Isle of Arran which features a sedum roof on a pitch of up to 31 degrees, in an unforgiving environment. The finished roof emulates the look of a rolling hillside and cuts an impressive view against the backdrop of the Firth of Clyde. “Successful projects don’t just happen. This thoroughly deserved recognition is the result of Greenroof’s hard work, professionalism and effective collaboration with the Bauder Scotland team.” Chris Roddick, green roof product manager at Bauder Ltd.

Bauder was also named roofing supplier of the year for Maidenhill Primary School, nominated by approved contractor Procladd (Scotland) Ltd. This project had seven roofing systems designed and supplied by Bauder, all installed by Procladd on behalf of BAM Construct UK.

The main challenges on the project included the interface with other subcontractors, including the Bauder PV system to the main single ply roof, along with the curved plan layout of the roofs, in particular to the nursery.

The school was successfully completed and handed over to the client thanks to the close liaison and collaboration between Bauder, BAM Construction and ourselves.” Stuart Tulloch, managing director, Procladd Ltd.

Bauder’s regional manager for Scotland, Vinny Fryars, said: “Bauder was delighted to have 4 projects nominated for the NFRC Scottish roofing awards this year. All were very varied, challenging roofing works installed to the highest quality by four separate contractors and it was fantastic that the Arran distillery came out on the green roofing category, especially with the hard work and diligence it took for Greenroof UK to make that project a success and look so fabulous.

Maidenhill Primary school was a showcase of the fact that Bauder offer roofing solutions, not just materials, as each roof area had a different build up all supplied and guaranteed from one source. Receiving supplier of the year 2019 is also a reward for the exceptional service we offer on projects as a team from start to finish. Huge thanks to Procladd for their support on this award and also for their skilled install”. 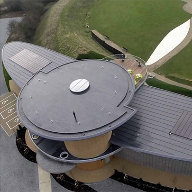 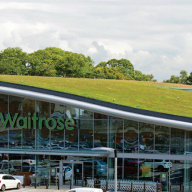 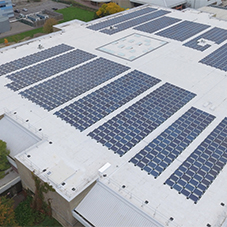 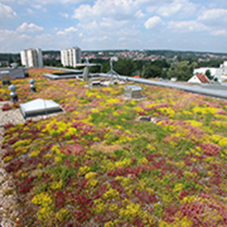 Make an enquiry to Bauder Ltd

Make an enquiry to Bauder Ltd