Ahmed El-Helw, founder and managing director of natural slate experts SSQ, reflects on COP26, and how the materials he supplies can help construction cut its carbon footprint:

“It’s been steadily growing in prominence for years – but after COP26, climate change has a bigger public profile than ever before. In November, the world’s most powerful people gathered in Glasgow for the UN’s 26th conference on climate change.

Six years on from the Paris Agreement of 2015, that saw countries around the world commit to limiting rising global temperatures to 1.5 degrees Celsius, leaders convened to try and agree the radical action that would keep that goal alive.

But aside from the obvious fact that we all live on the same planet, and need a world that’s capable of supporting life, what relevance does any of this have to those of us working in and around construction?

It’s an uncomfortable fact that building has a huge environmental impact. According to the UK Green Building Council, Britain’s built environment causes around 40% of the country’s total carbon footprint, nearly half of which comes from the construction process itself.

In other words – if the UK has any chance of reaching its extremely ambitious target of cutting its carbon output to virtually zero by 2050, our sector is going to have to make drastic changes to the way it operates.”

Changing the way we roof and build
That process will inevitably involve changing the kinds of materials we use to construct the buildings of the future.

At SSQ, They’ve long been making the case for natural slate and phyllite as a much greener alternative to man-made roofing products.

Partly, that’s simply because natural materials last much longer. Tiles made of fibre cement and concrete, both extremely common around the world, can last up to thirty years, while clay tiles can last forty. In all three cases, that’s considerably less than the lifetime of the average building.

By contrast, the best slate and phyllite can last over a hundred years (at SSQ, they guarantee their finest Ultra-grade Riverstone and Del Carmen products for a century).

That’s more than three times as long as some other commonly used materials – and means that quality slate often outlives the building it was originally installed on and can then be recycled for use on other properties.

It’s also worth remembering that one of the most powerful ways to reduce the environmental impact of an activity is to simply do it less.

Choose a longer-lasting roofing material, and over a hundred-year period, that roof will have to be replaced less often – which means less materials being transported around the world, less tradespeople having to drive their cars and vans to a site, and so on.

Natural, not man-made
When it comes to sustainability, it’s almost always true that natural materials are preferable to man-made ones, because the process of making those materials is often very polluting in of itself.

To continue with the roofing examples – to make clay tiles, kilns are kept burning 24 hours a day, with inevitable impacts on the environment. Ceramic and porcelain tiles are even worse – the kilns have to be at higher temperatures. This accounts for major differences in carbon intensity between different roofing materials.

Carbon offsetting
However, even as natural slate suppliers, we know companies like SSQ unavoidably have an environmental impact. It’s for that reason that, starting last year, they began investing to offset the carbon that they produce as a business.

Between January 1st 2019 and December 31st 2019, for example, their UK head office and their Argentinian quarry were responsible for producing 1,343 tonnes of CO2.

In response, the Carbon Neutral Organisation has presented them with a Carbon Neutrality Certificate, which you can view on their website.

It’s just the start of their efforts to cut their carbon footprint at SSQ – but if dozens of other companies in the sector do the same, they can play a vital part in helping Britain achieve a cleaner, greener future.

SSQ was formed in 1980 to import quality Spanish slate into the UK. It was a bold move by their founder and chairman, Ahmed El-Helw, who correctly identified a lack of supply of local materials to satisfy the thirst of an increasingly slate-hungry...
View company profile
Send Enquiry 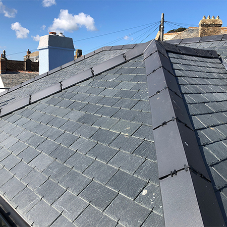 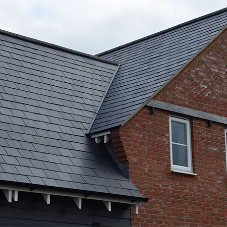 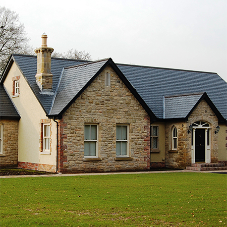 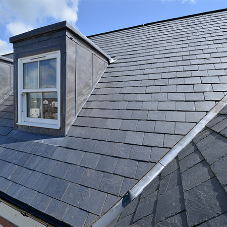 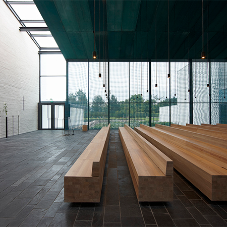 You may also be interested in this related Product News: As the fight against climate change gathers pace, could natural slate be the roofing material of the future? [BLOG] Read Now