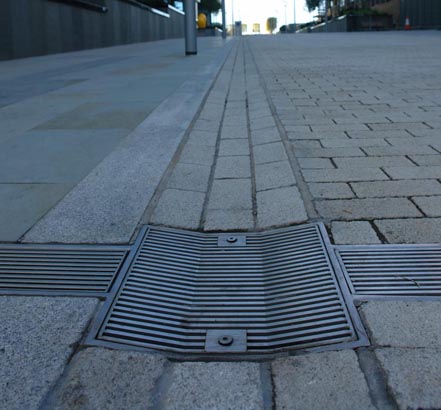 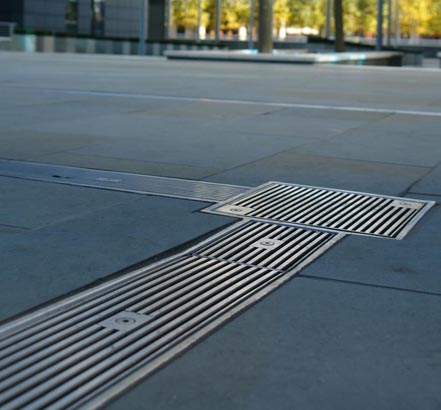 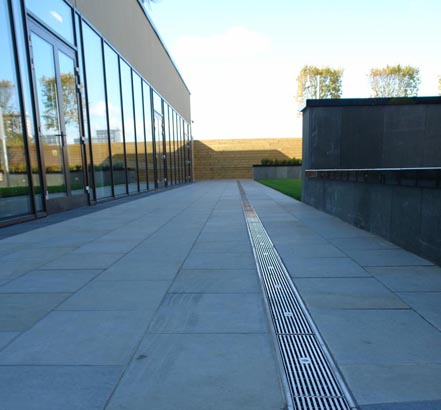 The landmark regeneration of PaddingtonCentral is one of the most ambitious commercial developments ever undertaken in London. A key feature of the final phase of the project was the creation of a unique public realm that would articulate and complement the space between the new, contemporary buildings. Ensuring the effective removal of all surface water from this visually sensitive environment is a high-performance drainage system designed specifically to overcome the challenges of the site.

PaddingtonCentral, Development Securities’ £200m redevelopment of the 11 acre former goods yard adjacent to the famous railway station, is a site defined by transport infrastructure. The first phase of the project to be completed was set around an area called Sheldon Square. Its two office and apartment blocks sit around a central public space that has an attractive terraced amphitheatre at its centre. With particular emphasis on natural planting, lighting and public art, the strong visual qualities of the landscaping are carried through in every detail of the scheme.

To design the critical public realm setting, Development Securities appointed one of the UK’s leading landscape design practices, Macfarlane Wilder, a practice with experience in realising successful public spaces within major urban redevelopment projects, including Wembley, Birmingham Snowhill and Chester Town Centre. As Director Peter Wilder explains: “To achieve continuity of the aesthetics across the space, we had to consider the finish of every detail – the drainage system was no exception. For surface water collection, we selected a bespoke, all stainless-steel grated channel system designed by ACO Building Drainage. Its team had considerable experience in meeting the tight tolerances and consistent, high-quality finish that we needed on a system of this size. A second supplier was chosen to provide the subsurface connections through to the site’s attenuation tanks and mains discharge point.

“Both systems worked extremely well and the surface finish adds a striking and complementary visual dynamic to the completed arena. Securing the connections between the two systems though proved more challenging than we had anticipated, so we resolved to use a single supplier on the second and final phase.”

Named One Kingdom Street, the second phase of the PaddingtonCentral project is a ten-story office development that sits, in-part, above a two floor ancillary zone that will eventually accommodate the London Crossrail. Access to the offices is via an extensive deck structure that leads from phase one. “The deck allowed us to create a series of dynamic planes that intersect the central axis corridor from Sheldon Square,” explains Peter Wilder. “The innovative design coupled with the restricted depth of the deck and the introduction of planters and temporary landscape elements meant that the performance demands and manufacturing tolerances on the drainage system would be much tighter.”

“To stand a chance of achieving the installation and performance targets for phase two, a totally integrated surface and below-deck drainage solution would be essential. After assessing both suppliers from phase one, we selected the proposal from ACO Building Drainage as we felt they had the manufacturing resources, and design expertise to complete a scheme the scope of which, to our understanding, had never before been attempted by one company.”

The installed system comprises over 200m of 155mm wide, grade 304 stainless-steel channel fitted with locked-down Heelsafe gratings. The majority of the system is rated FACTA Load Class A for pedestrian use and increased to Load Class D across the service roads. Seven upstanding stainless-steel planter drains tie into the surface water system through special slab penetration units.

“With all surface to slab connections, clamping rings, gullies, corner units and penetrations coming from the one supplier we were able to overcome the installation obstacles encountered on phase one and to meet the very high tolerances specified,” says Peter Wilder. “The completed system perfectly blends with the strong geometry of the surroundings.”

Accolades for the PaddingtonCentral project include the ‘Best Project Contributing to London’s Future’. 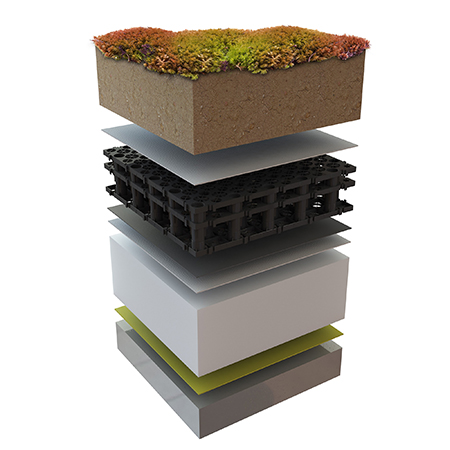 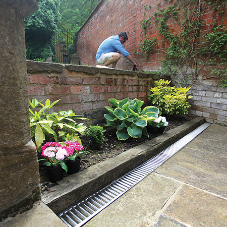 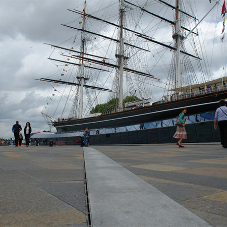 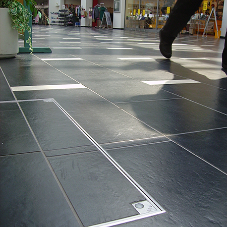 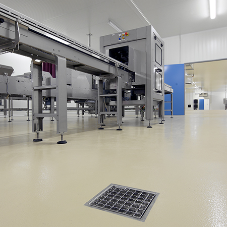 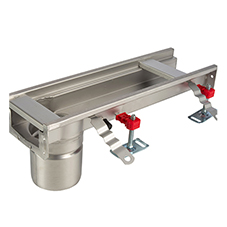 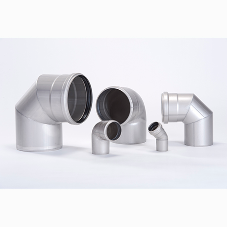 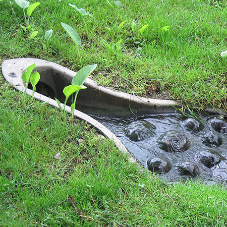