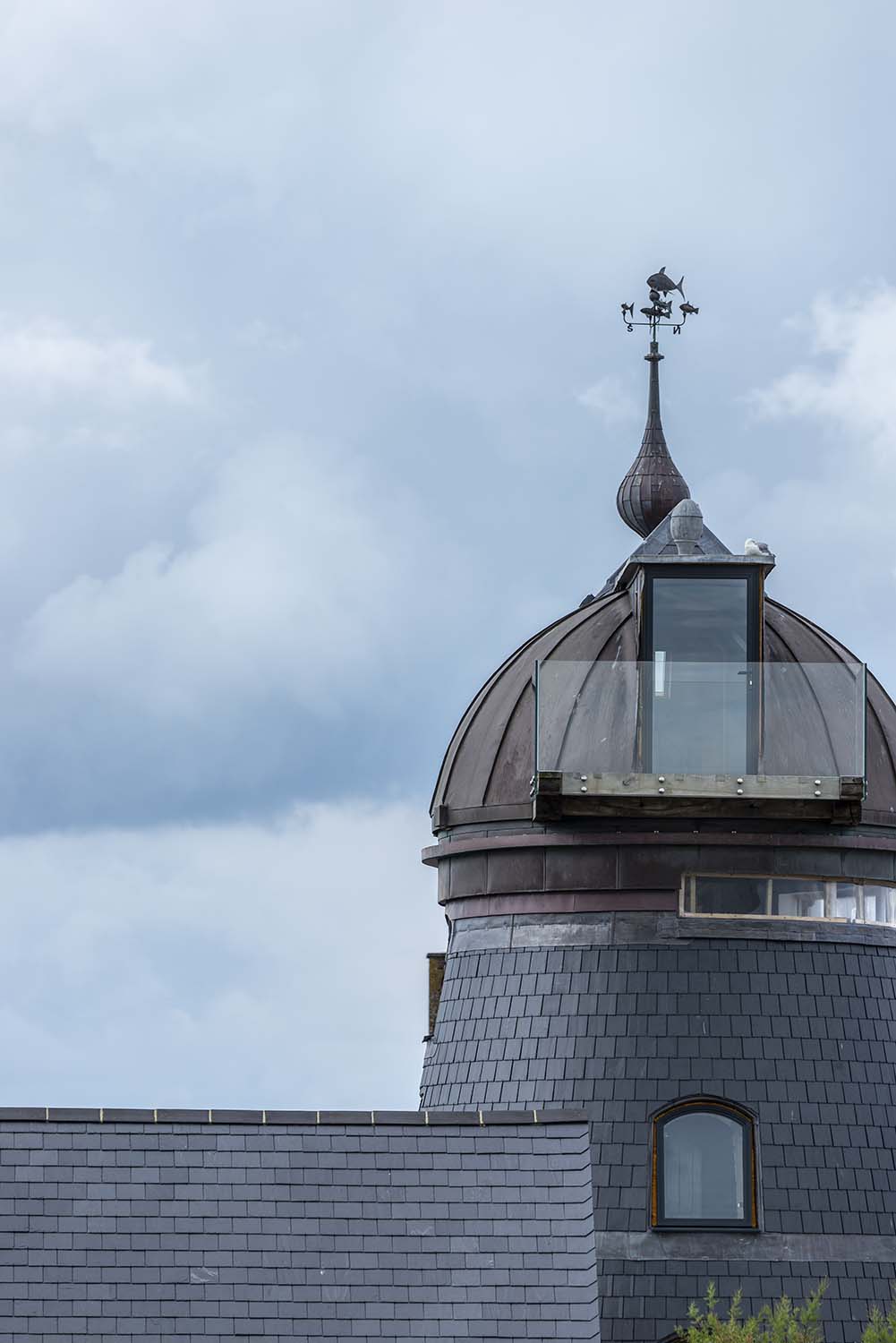 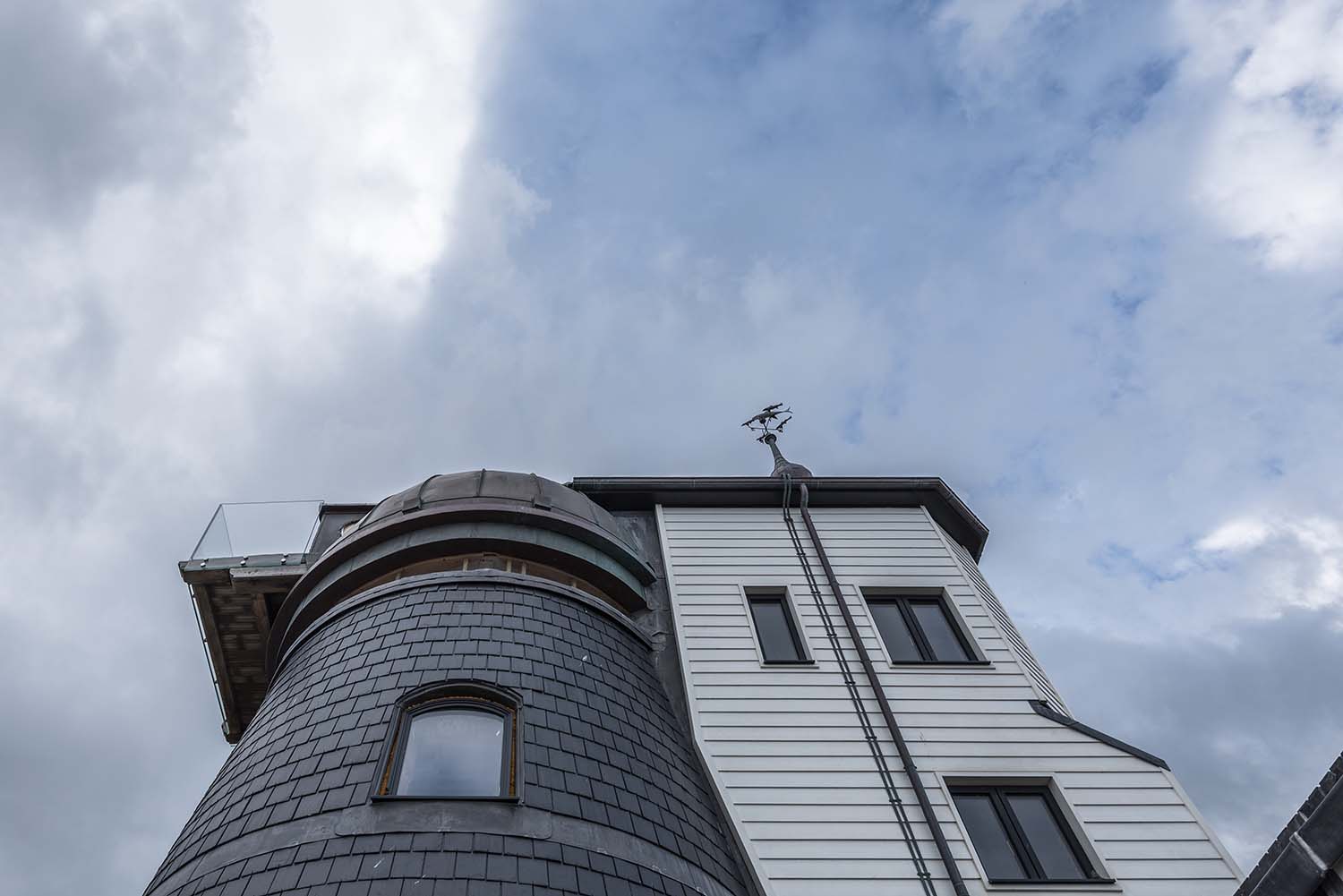 In a stunning architectural statement, CUPA PIZARRAS R17 slate has been specified to meet the design challenges of a former Georgian windmill renovation at Fort Green, near Aldeburgh in Suffolk.

The first project of its kind in the UK, the natural slate was individually cut and fixed through expert craftsmanship to accommodate the building’s exterior curve while also providing crucial protection from the harsh coastal environment.

Originally, the windmill walls were going to be clad in cedar shingles however, contractor ELC Roofing recommended using the rectangular CUPA R17 slate from CUPA PIZARRAS as a more weather-resistant alternative.

ELC Roofing Owner, Edward Carlo, explains: “The R17 is a natural, non-carbonated blue-black slate with non-rusting metallic particles and thin laminations. From our perspective, it’s a tried and tested product that we specify and install on a lot of our projects – especially in coastal situations like this.”

The slates, which protect against the salt water and wind, have been fitted on both the windmill’s curved wall, its pitched roof and elsewhere adding design details to the property’s walls.

He goes on to say: “Aesthetically, the ocean environment has inspired the material choice with the slate mirroring the scales of a fish. This gives the windmill a dramatic architectural style; one that also sympathetically ties into the slate roof of the neighbouring cottage, which we replaced with CUPA R17 the previous year.

“As far as I am aware, nothing like this windmill has been done in the UK. It was a case of starting from scratch to devise the optimum installation method, which involved a lot of detailed calculations.”

For the tower, which has a 15m circumference at the base tapering to 11m at the top, the team initially removed the thick render on the windmill wall, taking it back to the original brickwork.

Next, to meet the challenge of the curve and tapering of the wall, 50mm counter battens were fitted to the tower’s brickwork. Then, multiple strips of ply were cut and glued together to create the curve. These panels were screwed to the counter battens to provide an anchor for the fixing system. The ply was also primed to protect the surface from water ingress and a breathable membrane applied to protect the brickwork.

In terms of fixing the slates to the panels, Edward said: “For a more corrosion and wind-resistant solution, I decided on the French technique of a stainless steel hook fixing system to install the slate, as opposed to nails.”

Ensuring the layout worked exactly with the curves, the slate was lasered from top to bottom to perk it out, which took five days to do. Horizontal tiling battens were also marked to ensure the slates were fixed at the right height.

Every single slate was cut and fixed individually to accommodate the curve and ensure they aligned with the building’s inset windows as well as other architectural details - a very precise process that required expert levels of craftsmanship.

Preventing the slates from getting smaller at height, the team designed-in a series of lead bands that go all around the building at each storey level. These sit underneath the windows to create a consistent appearance visually.

The windmill’s domed copper roof existed already and the adjoining tower, which is horizontally clad in a white weatherboard, features a slated pitched roof. ELC Roofing has again used CUPA PIZARRAS slates. In this instance, the roof curves to the back end with four leaded hips to one end and two to the other with a connecting lead ridge. This time the slates were fitted to 20 x 50mm battens with a layer of permeable membrane.

This part of the roof also features a striking onion-shaped finial. Expertly crafted by ELC Roofing, the finial is produced out of a patchwork of small pieces of soft copper, topped off with a fish that acts as a weather vane and includes stunning marble eyes.

To the other side of the clad tower, CUPA PIZARRAS slate has been used to create a vertical square panel detail to the front of the building and fixed using the hook system again.

Commenting on this challenging project, Edward said: “Work on site started before the first Covid-19 lockdown so as well as the challenging weather conditions that a coastal location like this presents, the team also had to complete the work with government guidance and restrictions in place. Regardless, the client is overwhelmed with the end result and so are we.”

To find out more about the CUPA PIZARRAS range of natural slate please visit here. 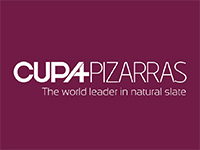 CUPA PIZARRAS is the world leader in natural slate. Their 16 quarries and 22 processing plants enable them to offer the widest range of products with the highest quality. 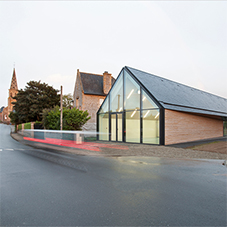 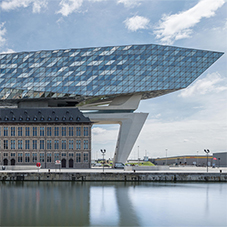 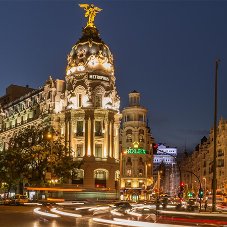 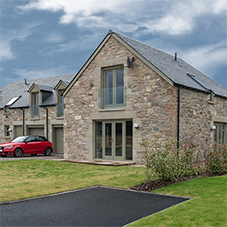 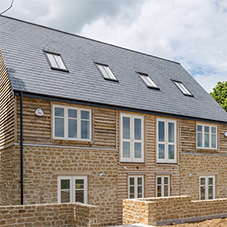 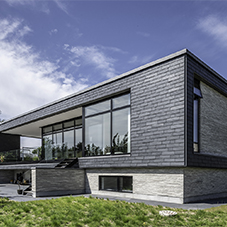 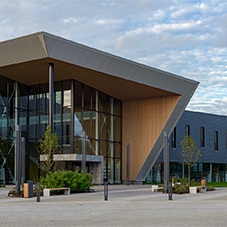 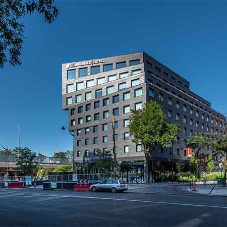 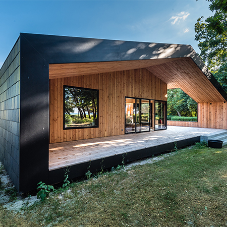 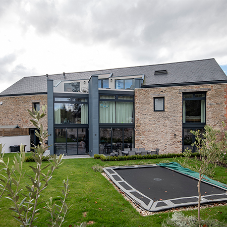 You may also be interested in this related Case Study: Cupa heavy 3 random provides a traditional touch to this Ayrshire hotel Read Now