GE 2017 result: what does it mean for construction?

GE 2017 result: what does it mean for construction?

Following a shock hung parliament, Theresa May’s Conservative Party strike a deal with Northern Ireland’s Democratic Unionist Party (DUP) to form the new government. But, Brexit aside, what does this mean for housing and infrastructure?

In their manifesto the Tories promised a “growth across the country” through modern infrastructure, this plan included the relocation of local government and some devolution to local authorities. They had noticed a gap between the capital and the rest of the countries cities and promised to aim to close this gap, investing more in towns and cities outside of London and the South East. They promise to host a “Great Exhibition of the North” in 2018 to showcase achievements in innovation, arts and engineering.

Steve Gillingham, Northern director for Mace has commented that “The surprising results of last night’s election make it hard to judge what the impact will be on the North.

“Our analysis of both sets of manifestos during the campaign showed that both Labour and the Conservatives were committed to developing significant regional infrastructure across the Northern Powerhouse, so I would expect to see that agenda develop regardless of any inertia created by the hung parliament.”

He went on to comment that: “A hung parliament highlights the benefits of having further devolution to the regions.”

In her manifesto May went on to describe a further investment of £40 billion in to transport. This included High Speed 2, Northern Powerhouse Rail and the expansion of Heathrow Airport.

This comes as part of the Tories’ plans to work with councils to provide “high-quality, sustainable and integrated communities”, not just providing housing but providing the tools to develop real communities.

This includes protecting the Green Belt, claiming that past governments have not “provided the infrastructure, parks, quality of space and design that turns housing in to a community.” This, of course, links to their promises to encourage better air quality in cities, stating that cities should be “healthy” and “well-designed” promising to implement “best practice” when developing government buildings to ensure that they contribute to the local area.

The real question on everyone’s lips is housing! No matter whether you’re a developer, manufacturer or even just a prospective home owner. May’s government promises to keep to Cameron’s promise to building 1 million homes by 2020 but have also promised to build an additional half a million homes by 2022.

The Tories say that they will speed up the process by encouraging “modern methods of construction” to provide “high-quality, high-density” housing, which they promise to balance across the country and not just focus on the South East. They want to work closely with local authorities and aim towards lower land costs. They also want to give housing associations greater flexibility to increase housing stock.

In the wake of the election result Mark Robinson, chief exec of Scape Group commented: ““The one glimmer of good news is that there is cross party support for investment and growth in core public areas such as education, health and housing. While the parties might disagree on the exact delivery methods, we should see some certainty and stability there no matter the government.”

John Assael, chairman of Assael Architected, said: “Whatever form the government eventually takes, the priorities remain the same: affordable housing, a robust construction industry and greener, denser and more sustainable cities. Despite Brexit, the new government must not let the built environment slip down the agenda.”

There are worries from certain members of the industry on how an unstable government will reflect on the construction industry. Cenkos analyst Kevin Cammack expressed his concerns over project delays: “This is a bigger worry, frankly, than what is likely to happen on the housing front. We could see more delays and stalling of projects, or even scaling back levels of intended infrastructure spending.”

Following the announcement of the formation of a coalition government between the Conservatives and the DUP, Carolyn Fairbairn, CBI director-general said: “We need to move much faster to fix the foundations of the UK economy and our productivity problem. We need meaningful progress on a modern industrial strategy by the end of the year, with real change on the ground on skills, infrastructure and innovation.”

In reality what we are faced with now is uncertainty, nobody knows how things will play out in the wake of a hung parliament and an unexpected coalition. Though, through the confusion there is a clear message from the industry, which is simply: “don’t forget about us!”

What are your thoughts on the results of the 2017 General Election? How will they influence the construction industry? Join the discussion on LinkedIn.

If you’d like to find out more about what the industry thinks as events unfold visit Buidling.co.uk for live updates. 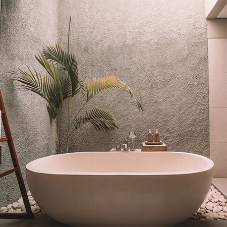