/net/homepage/00/06/05/img/Blog_header_background3.jpg
Archive Categories
Home / Blog / 2018 / November /
How has seating in theatres changed through time?
Like

How has seating in theatres changed through time?

How has seating in theatres changed through time?

It’s no doubt that seating in theatres have changed drastically through time, and have gotten a lot comfier too! Let’s have a look at a timeline of these changes: 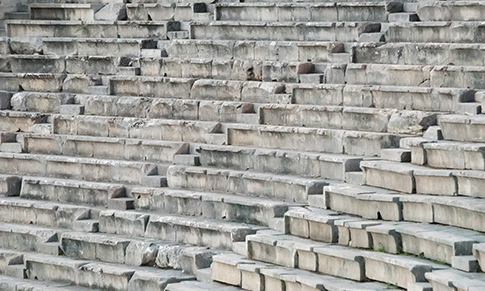 The first building structure for theatre performances in Britain were amphitheatres, which were introduced by the Romans. The semi-circular structures were open to the air with tiered seating surrounding a stage that was raised.

A roman theatre construction would’ve had stoned tiered seating, with the largest amphitheatres being able to accommodate over 40,000–60,000 spectators. To think that viewers would have to sit on a piece of stone for hours on end watching chariot races and animal hunts is quite something! But what were the types of seating in a Colosseum?

• The first tier of seating in the Colosseum was called the podium, meaning a place of honour, and was reserved for the most important of Romans like the Emperor himself and the Roman government/senators. The podium was a flat marble platform and around 15ft wide.

• The second tier was known as the ‘Maenianum primum’ This seating was reserved for the non-senatorial noble class called the Equites, or knights. The seating consisted of 14 rows of stone or marble seating.

• The third tier was reserved for ‘ordinary’ Roman citizens, which was divided into two sections which were…

‘Maenianum secundum imum’ – the lower seats with a better view, for the wealthier romans.

'Maenianum secundum summum' – these seats were higher, for the roman citizens that had less money.

• The fourth tier and evidently the worst tier consisted of steep wooden seats which were around the very top wall of the amphitheatre, it was said to seat ‘common women’. 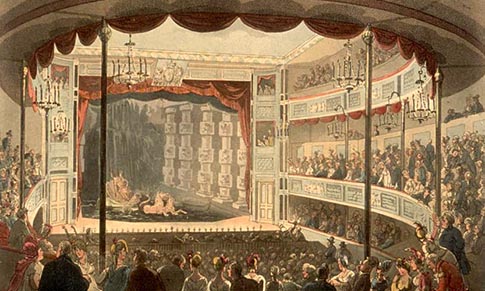 Most Victorian theatre interiors used a lot of wood, including the seats, balconies, and the general structure. Backs on wooden benches were provided for increasing support, which is most certainly a step up from cold, hard stone! It’s no doubt that class played a vital part in the seating plan, not much different to the roman era.

• Seats were jammed very close together creating a very hot and smelly environment.

• Lower class were placed in the gallery with the worst view, within the box was aristocracy and the fashionable, and lawyers and tradesmen within the pit, the closest to the stage.

• The division of the audience consisted of the pit, the box, and the gallery.

• The more expensive seats had cushions to ensure more comfort. 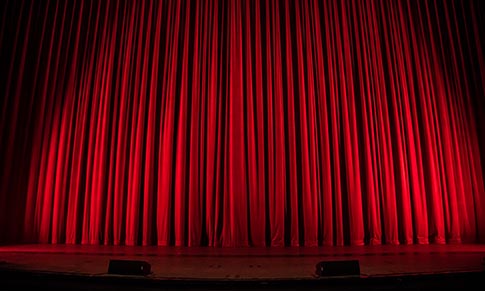 20th century theatre moved away from the traditional arch structure and adopted a smaller more site-specific approach. Theatres became smaller as London was now known as the theatre hub, many even viewed the theatre as an ‘all too popular affair’. Theatre was exploring ideas such as ‘realism’ and pantomimes. ‘Members’ would pay a subscription fee rather than an entrance fee.

• Wooden seats were used for a much smaller capacity of people

• There were wide single rake forms of seating

• Wooden seats had a back to provide more comfort

• The environment within the seating area was generally more serene as opposed to the rowdy Victorian era.

And here we are! It’s clear that the seating in our theatres today has changed a great deal. However, it does still possess the ideology ‘you get what you pay for’. Here are some facts about 21st century theatre seating: 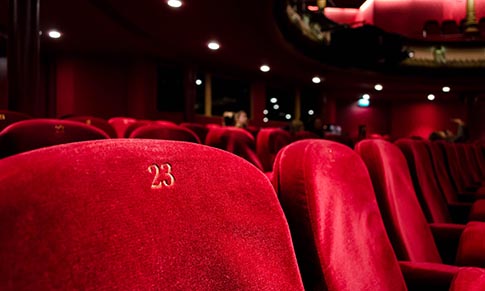 • Most theatre seats are red as anything red will virtually disappear once the houselights go down, this means the actors will not get distracted by the audience.

• The more you pay the closer you are to the stage!

• The frames are made of plastic and metal and then wrapped in thick high-density foam and covered in durable fabric to provide comfort.

• They have armrests and even sometimes cup holders, now that’s an upgrade!

• Some theatres even have a feature where if you pay enough you can get extra legroom and a selection of food/drinks brought to you.

Like this? Check out our Leisure Construction Hub for more!