A blog written by Knauf Insulation…

While technology has enabled children to be educated in a virtual setting, lockdown proved the value of learning under one roof.

Unfortunately, in October 2020 the pupils of Ravensdale Infant School in Derby again suffered the disruption of not being able to attend school. However, it was not because of Covid-19. Instead, they woke to the devastating news that their school had been destroyed by a fire. The blaze caused the roof to collapse and classrooms were razed to the ground.

This was not an isolated incident. Just 48 hours earlier, fire had ripped through another of the city’s schools, St. Mary’s Catholic Voluntary Academy. Indeed, in England alone there were 524 fires in educational premises to the year ending March 2020.

The average repair bill for a school in the UK damaged by a large fire is £2.8m, in some cases rising to over £20m.

While the number of fire that take place each year in schools has reduced, more need to be done to prevent the spread of fire once they start.

According to analysis of 26,866 UK primary and secondary schools by insurer Zurich Municipal, the fire risk of the average school is almost double that of other non-residential buildings.

What’s more, the report found a correlation between poor OFSTED results and fire risk – meaning pupils affected by fire are already disadvantaged even before their education is disrupted by the loss of their school.

So, what can be done? School fire safety is a complex issue, so a strategic view is essential. A range of passive and active fire prevention methods should be combined, going beyond the minimum standards outlined in the building regulations.

Passive fire protection measures are incorporated into the building during construction or renovation. They are intended to preserve life while preventing the development and spread of fire within a building’s structure.

This includes compartmentalising the building by ensuring the build-ups of walls and floors offer the highest levels of fire resistance. This prevents the passage of fire from one distinct area to another while maintaining the form and function of the structure.

Active fire protection measures require an action to work and are designed to combat a fire. This can include manual equipment such as fire extinguishers or automatic fire detection and fire suppression systems such as fire alarms and sprinkler systems.

Where Fire Resistance is required, Rock Mineral Wool should be your preferred insulation solution.

With a melting temperature of over 1,000 degrees Celsius, it can contribute significantly to the resistance of heat transfer from the source (the fire) to structural elements within the construction, and through the construction itself.

Technically, combustible materials can be used as part of a system that achieves a ‘good’ level of fire resistance. However, if the structure of a building is compromised, through poor installation for example, a fire could reach the flammable insulation within the build-up and spread within the walls – with dangerous consequences.

So, another consideration is the combustibility of the materials used in construction. All CE marked materials are given a Euroclass Reaction to Fire Classification from F (the lowest) to A1 (the highest). This measures whether or not a material will ignite, the production of smoke and whether it produces flaming droplets.

The use of non-combustible materials including insulation in school buildings, regardless of their use or height is crucial during the early stages of a fire to allow safe evacuation – especially when you consider the time it could take to evacuate a class of 30 five-year-olds.

Unlike other common insulants, Glass and Rock Mineral Wool products are non-combustible with the highest possible Euroclass A1 Reaction to Fire Classification. This means they will not contribute to the development or spread of fire should it occur.

Go beyond the regulatory minimum

The problem of inadequate school buildings is starting to be addressed with the government pledging £1bn to rebuild 500 new schools. But to be effective, the passive and active fire protection measures incorporated into schools – new or renovated – must form part of an overall fire strategy for the building and go far beyond the current minimum set out in the building regulations.

For example, building regulations in England and Wales only bans the use of combustible materials on certain buildings that include a dwelling and are over 18m in height such as boarding school dormitories. Similar legislation applies in Scotland for buildings over 11m.

But where fire and the safety of children and staff are concerned, why take the risk? Non-combustible insulation such as Glass and Rock Mineral Wool is the safest option at any height.

Similarly, sprinklers are compulsory in all new schools in Scotland and Wales but are only recommended in England. Should the worst happen and a fire break out, it would be difficult to justify the absence of sprinklers in an English school when those elsewhere in the UK would have been protected.

Maximum fire safety should be non-negotiable in all school buildings, whether new or refurbished. This will protect lives and minimise the risk of educational disruption.

If this year has taught us anything, it’s the impact such disruption can have on children’s life chances. By going beyond the regulatory minimum, those involved in the design and delivery of school building projects can safeguard the lives and long-term futures of the next generation.

Knauf Insulation have more than 40 years’ experience in the insulation industry, and represent one of the fastest growing and most respected names in insulation worldwide. They have over 5,000 employees in more than 35 countries, and more than 37...
View company profile
Send Enquiry 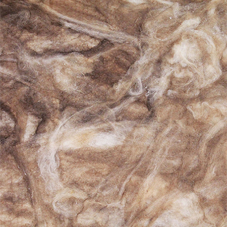 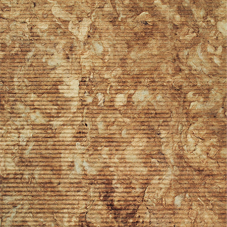 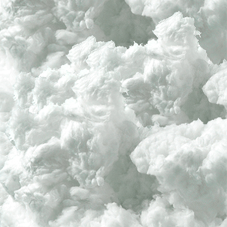 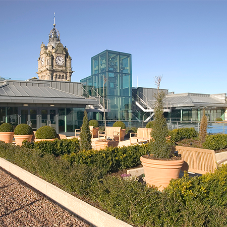 Make an enquiry to Knauf Insulation

Make an enquiry to Knauf Insulation

You may also be interested in this related Product News: What’s new with Knauf Insulation [BLOG] Read Now