From inside, the structure soffit panels are fully visible 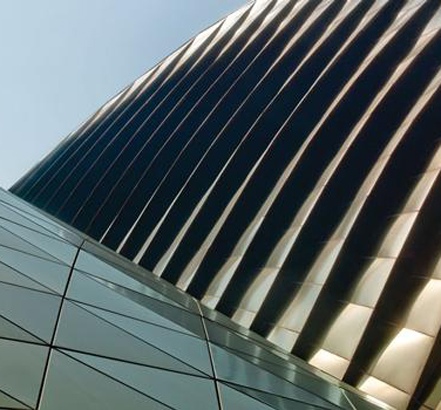 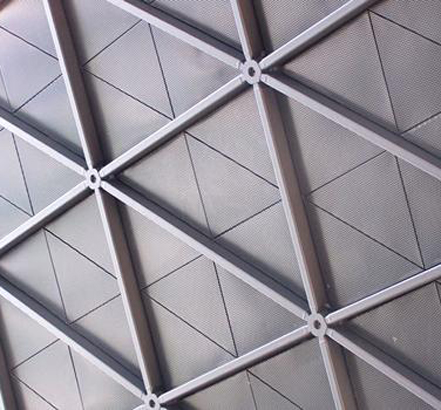 From inside, the structure soffit panels are fully visible [3/3]
Send Enquiry

After August, the building you see here will have been dismantled, packed into containers and shipped thousands of miles to the UAE ready to be re-erected to begin a new life. It’ll be no mean feat, especially considering the scale of the building - 3,000m2 and reaching 20m at its peak - and the complex freeform geometry of its shell structure. But what’s equally impressive is the speed at which the building went from the initial idea, through detail design and manufacture and on to completion, especially given that the architect behind it is Foster + Partners, a practice not known for compromising on its designs.

The building is the UAE’s contribution to the Shanghai 2010 Expo. Given that there are about 250 pavilions that will be visited by an estimated 70 million visitors over the coming six months, the key to making an impact is to stand out from the crowd.

According to Foster + Partners, the design draws inspiration from a sand dune. Like a sand dune, it appears smooth on the side that bears the full force of the wind and rough and textured on the other. The northern elevation allows natural light in through gill-like openings, while the southern elevation has a solid curvaceous facade to minimise solar gain. As well as being one of the largest pavilions to be built for the Expo, the whole thing is clad in an anodised stainless steel skin, treated to appear a golden colour.

In response to the Expo theme - better cities, better living - sustainability became a key feature of the design. Demolishing a building after six months isn’t exactly green; designing it so that it could be deconstructed and reused made a lot more sense. The question was how, given there was just four months to do it?

The answer lies in the construction of the shell roof structures. Novum Structures was awarded the contract to manufacture and build the shell structures at the end of April.

The firm was in a fairly unique position to win the contract in that it had developed a bolted system that used rectangular hollow steel sections joined by nodes and could be used to create freeform surfaces. According to Soeren Stephan, director of engineering at the firm, although the structure could have been made with steel sections welded together, this would have required highly skilled welders. These are in short supply in China and it also would not be economical, given the brief period the building would be up. Nor would it be particularly easy to dismantle and reuse.

This Novum solution isn’t an off-the-shelf system; instead Stephan describes it as a base system that can be tailored to suit specific designs. “We developed it as a bolted solution as we are aiming it at markets where you don’t have highly skilled labour or where the price you pay for site welding is too high to make it feasible.”

On first sight, Stephan says the design of the pavilion didn’t appear overly complex. “The challenging part was the ultra short schedule,” he says. “And Foster + Partners is very exacting and demanding and that combination can kill you.”

As time was of the essence, Stephan went out to China with another engineer and two 3D designers in the beginning of May 2009 to start on the co-ordination drawings. Taking the wire frame model of the structure that had been produced by the architects, they used this to generate a 3D CAD model of the building. This includes all the components for the roof structure that were used to generate the production data for the steel members and nodes - basically a schedule of lengths, numbers and positions. It was also used for the fabrication of the panels that skin the building.

But it wasn’t as straightforward as it sounds. The building’s original freeform surfaces didn’t magically fit with the system and so these surfaces had to be tweaked. “This is usually a very long process as you need to reach a compromise. In this case it went fairly smoothly. All the participants went to Shanghai for three weeks and we worked it out. It was sometimes confrontational but we reached a feasible path”.

Budget was still an issue, however, so a complete fabrication network had to be quickly set up in China. The steel members can be manufactured in any country because they are relatively simple elements. The tricky bits are the nodes, as these are the most complex component of the whole assembly. Each one of the 750 nodes is made from a block of steel and in most cases has six faces onto which the 1,800 steel members attach. These faces have to be accurately machined to the angle needed to create the freeform surface, with a hole precisely aligned for the connecting bolt. To create these, information is taken directly from the 3D model and prepared so that it can be fed directly to the computer-controlled production machine - no drawings are generated.

The solid freeform structure cloaks the northern side of each “dune” and is supported on a bolted steel edge beam on one side and the tubular steel ridge beam on the other. A scaffold of bamboo and steel was erected while the components were being made, so when they arrived on site, work could begin quickly on the installation. With all the members in place and the bolts tightened, the shell became self-supporting. The whole process took just one month. “I’ve not done a structure that quickly before,” says Stephan. From the project start to completion of the freeform structure it took just four months.

With the structure in place, it was then a case of installing the perforated metal panels on top. These form the finished ceiling inside. Above the panels sits an acoustic liner, followed by a 500mm void which houses the sprinkler system and then the outer skin of anodised stainless steel panels.

When the Shanghai 2010 Expo finishes in August the construction process will be reversed and the majority of the building - save the concrete ring beam and foundations - will be shipped back to the UAE. Expos are seen as great showcases for architecture and innovation, but the cleverest thing about this scheme is the part nobody will see. 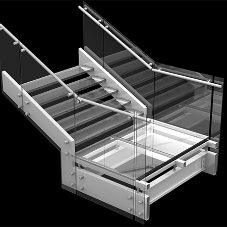 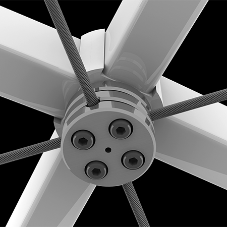 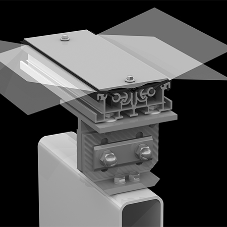 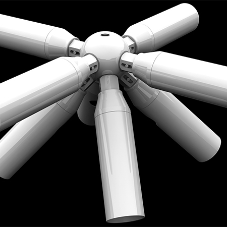 Make an enquiry to Novum Structures

Make an enquiry to Novum Structures