• The market for mechanical and electrical (M&E) contracting has grown by almost 24% since 2012.
• The largest sectors for M&E contracting work is offices, with an estimated 25% of the market by value.
• London and the South East of England had the largest proportion of M&E contracting activity in 2016, accounting for 29% of the total.
• Electrical work accounts for 50% of all the work undertaken by M&E contractors.
• There are essentially four tiers of the market, with around 68% of revenue generated by smaller local and regional contractors with a turnover of up to £20m, and just 8% by the leading 5 organisations. 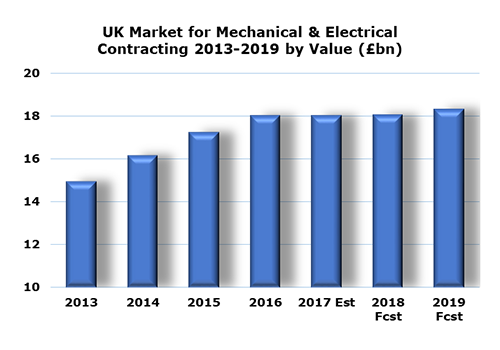 The UK market for mechanical and electrical (M&E) contracting has increased by almost 25% since 2012, following a period of sustained growth from 2013 onwards, driven by a buoyant new build market, with rising output in the office and infrastructure sectors in particular. This growth continued in 2016, when the market saw growth of 4%, despite continued constrained public sector capital spending. In 2017, growth is forecast to stagnate, as construction output becomes more subdued.

Many factors support a continuation of market growth, including the development of higher specification and more complex products, changes to legislation requiring the specification of higher value products, greater use of controls and energy efficient products, continued strength in data centre construction as well as greater levels of outsourcing of M&E services. 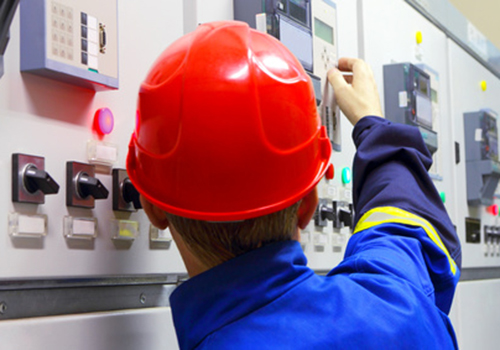 “A key area of growth has been installations aimed at improving energy efficiency and reducing carbon emissions, driven by legislative requirements and building regulations.” said Fiona Watts, Editor at AMA Research. “There has been a rapid expansion in the range of LED lighting and increasingly sophisticated control systems for heating, lighting, and energy management, therefore this is a growth area that many contractors have been looking to exploit.”

However, several factors are negatively impacting the market at present, such as public sector budget constraints, uncertainty over the impact of Brexit and greater use of off-site manufactured panels and modules.

The M&E market is fragmented, with the majority of market value accounted for by smaller operators with turnover of under £20 million, though consolidation activity amongst suppliers continues. There have been further strategic acquisitions in response to the growing focus on integrated services within the sector with contractors widening the range of services offered and examples of strategic joint ventures to secure work on very large-scale projects.

The current uncertain economic climate and falling levels of business confidence relating to Brexit and other issues is likely to halt growth within the M&E contracting sector within the short term, although there are positive influences on market value that will underpin growth to some extent, including a relatively stable RMI sector and increasing prices of imported products. Output within the office and education sectors, which accounted for over 45% of the M&E market in 2016, is expected to decline until 2018. Overall, it is estimated that the market will remain flat through to 2018, then return to growth from 2019 onwards but at a modest rate of 1-2% per annum. 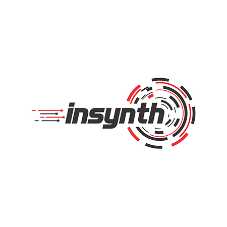