Floor access cover manufacturer, Howe Green, has partnered with fit-out contractors, DMC Contracts, to supply and install over 1,500 Howe Green Floor Access Covers throughout seven stations as part of the construction of the central section of the Elizabeth line.

The landmark project has seen the construction of 42km of new tunnels and the development of 10 new stations, with 31 existing stations also undergoing extensive upgrades.

As part of the formation of the Elizabeth line’s central section, which spans from Westbourne Park to Plumstead and Pudding Mill Lane, DMC Contracts, has installed over 1,500 Howe Green Floor Access Covers throughout seven stations.

At Paddington station, which has undergone its biggest update since the completion of the original building in 1854, significant upgrades have been made to increase capacity at the major interchange for local, regional and international passengers.

Located directly below Eastbourne Terrace and Departures Road, the new station spans three levels, with two surface-level entrances into the station. Throughout all areas of the station, including the ticket hall, walkways and main concourse, 175 of Howe Green’s 7500 Series Floor Access Covers have been installed to provide engineers with secure and concealed access to under-floor services.

Installed in a series of single, duct and multipart configurations, the stainless steel floor access covers provide unobstructed access to rodding points, winch systems and electrical pits throughout all areas of the stations, whilst also being able to withstand up to five tonne pneumatic tyre wheel loads.

Throughout the design stages, the floor access covers were installed in conjunction with the Granazzo floor tile modules to create a flush, unbroken visual appeal, whilst also ensuring the safety of all passengers when travelling throughout all areas of the station.

Major updates have also been made at Ealing Broadway and West Ealing stations to ensure they meet the standards of the rest of the Elizabeth line. This includes the construction of new and improved ticket halls, 200+ metre long platforms and step-free access from the platform to the street at most platforms.

DMC Contracts worked with Howe Green to install just under 100 floor access covers in single and duct run configurations throughout these two stations to provide engineers with secure access to essential underfloor services.

As the lifting blocks are anchored to the inner frame, the floor access covers can be handled easily and safely by contractors, reducing any potential disruption to passenger’s travel, as the maintenance can be conducted quickly and safely, whilst also minimising potential manual handling concerns.

The tamper proof construction also prevents unauthorised access due to the cover’s unique design, which features unobtrusive barrel cover lifting points that can only be accessed with specific lifting and securing keys.

As only the securing bolt and barrel edge are visible, the covers provide the highest standards of security, without impacting on the overall design scheme or presenting a potential trip hazard.

At Farringdon station, one of the UK’s busiest due to being a central part of the Elizabeth line that will connect with Thameslink and the London Underground, 200 of Howe Green’s 7500 Series Floor Access Covers have been installed throughout the 25,596 square metre station.

This included two new ticket halls, which are connected by an underground central concourse, in addition to the 244 metre long passenger platform.

Having to fit within a complex infrastructure network below ground presented engineering and design challenges that required bespoke design solutions. Howe Green manufactured floor access covers in standard and modified depths to ensure the project’s unique specifications were met, without impacting the overall design scheme.

At Whitechapel station, which forms an integral part of the Elizabeth line due to being an important interchange for both the Hammersmith & City and District lines and London Overground, a significant number of floor access covers were required.

900 of Howe Green’s 7500 Series Floor Access Covers in standard and bespoke depths were installed in single, duct and multipart configurations throughout the station’s new ticket hall and station concourse, to provide safe and concealed access to underfloor services.

Conor McCann, Director at DMC Contracts, said: “This was a significant project for both ourselves and the team at Howe Green. The sheer size of the development, spanning across seven separate stations, required a significant quantity of floor access covers to ensure engineers have consistent and secure access to underfloor services. By working in close partnership with Howe Green, we were able to ensure each project specification was successfully met. The end result is a series of flooring installations that not only reflect the polished, calming interior of each station, but are also functional, safe and compliant.”

Manufactured to BS 476: Part 22 and CERTIFIRE accredited, Howe Green’s 7500 Series provides resistance to fire and smoke for up to two hours, delivering the highest standards in safety, performance and compliance throughout all seven stations.

Chris George, Business Development Manager at Howe Green, said: “Our relationship with DMC Contracts spans over 15 years and it was a real privilege to be able to collaborate together on such an iconic and significant infrastructure project. By working together we were able to consistently forecast demand to ensure the standard and bespoke floor access covers were on site, when they were needed. The simple installation process aided DMC Contracts’ team in fitting each cover quickly and easily, to not only increase on site efficiencies, but also ensure the highest standards of safety.” 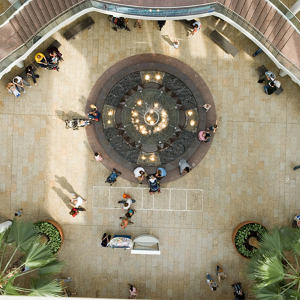 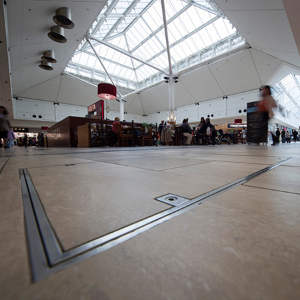 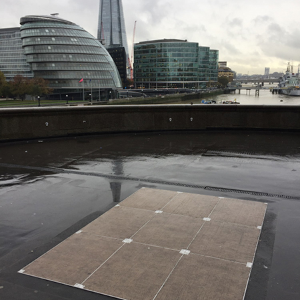 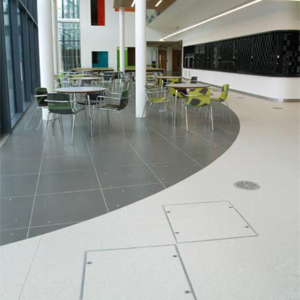 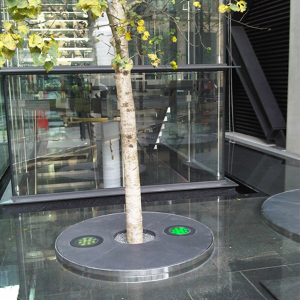 Make an enquiry to Howe Green

Make an enquiry to Howe Green

You may also be interested in this related Case Study: Howe Green floor access covers are fit for royalty at Queen’s Hospital Read Now