On 14th July the Royal Mail released a Special Stamp set to celebrate what they are calling, the renaissance of contemporary architecture in the UK.

The structures celebrated span many different public sectors from government, culture, sport and business. All have become landmarks for British regeneration within their local communities.

The stamps were designed by London design agency GBH. Mark Bonner from GBH said: "For us it was all about understanding the architect's inspiration for each building and trying to summarise their intentions within one single image." 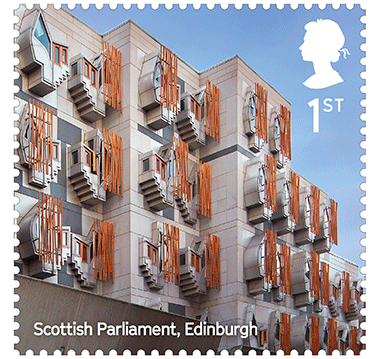 One of the buildings featured in the collection is the Scottish Parliament, Edinburgh. The building, designed by Enric Miralles and Benedetta Tagliabue, opened its doors in 2004. The building’s design was based on the surrounding landscape and also draws inspiration from the shapes of leaves, upturned boats and the flower paintings of Charles Rennie Mackintosh. It was constructed using Scottish stone and timber. 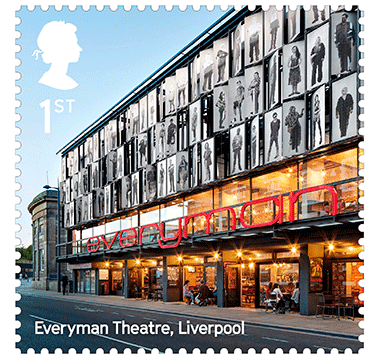 Liverpool’s Everyman Theatre is also featured in the series. The building which was the winner of the RIBA Sterling Prize for Building of the Year 2014, was designed by specialists in theatre design, architects, Haworth Tompkins. A tactile palette of rough and smooth materials were used for the theatres new home, incorporating: concrete, reused brick, timber, cork, red leather, copper and ply wood. 105 life-sized portraits of Liverpool residents, by photographer Dan Kenyon, adorn the street-facing façade. 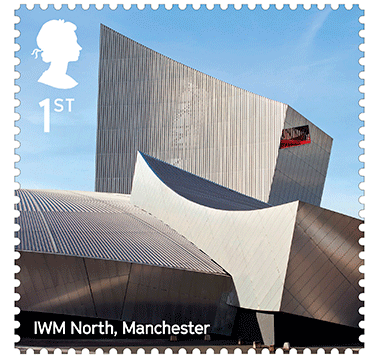 The International War Museum, Manchester, was designed by Polish-American architect Daniel Libeskind who also designed the Jewish Museum in Berlin. His first in the UK, the building’s form was conceived as a series of fragments of a shattered globe that have been reassembled. The three shards signify conflict on land, water and in the air. It was constructed from steel frame and aluminium cladding and was winner of the British Construction Industry’s Building of the Year, 2004. 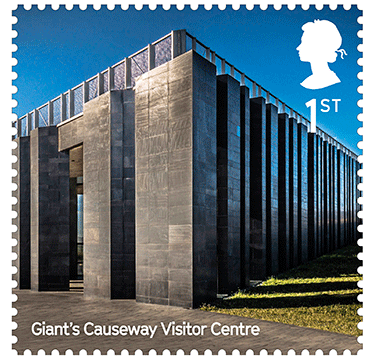 Another building featured is the Giant’s Causeway Visitor Centre. The building was required to meet visitor demand as well as cause minimum impact to the view of the Causeway. As such the building was located 0.62 miles from the site itself. Architects, Heneghan Peng created a sloping grass-roofed building that is cut into the ground and within that outline they then created a large structure with angled pillars that echo the nearby landscape. It was built using the same dark basalt that makes up the Causeway itself. 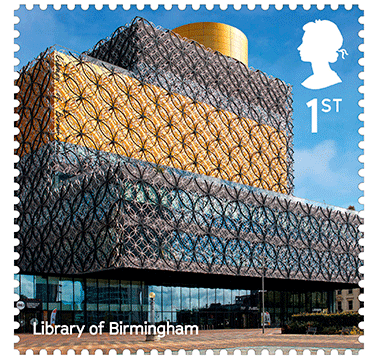 The Library of Birmingham, designed by Francine Houben of Mecanoo, celebrates the importance of learning. The exterior is wrapped in band of gold and silver cladding which is then overlaid with a filigree pattern of interlocking circles of aluminium. A large cylindrical void rises through the centre of the building criss crossed by blue-lit escalators. 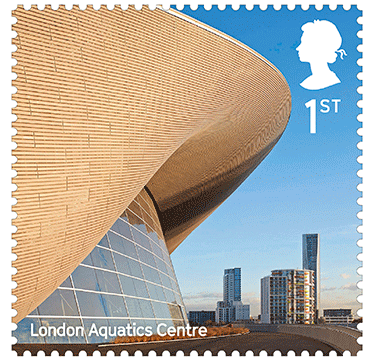 The London Aquatics centre is also featured in the collection. Architect Dame Zaha Hadid designed the building for the 2012 London Olympic and Paralympic Games. Inspired by the fluidity of water, the building features a flowing steel roof clad with wood with glass walls filling its flanks. The structure won the British Construction Industry’s Major Building Project Award, 2014. 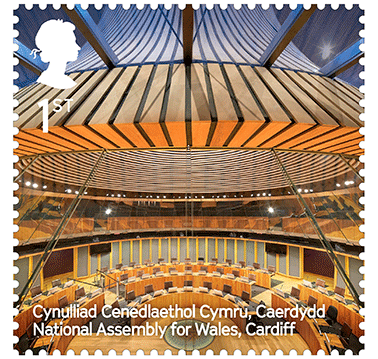 The Senedd has been home to the National Assembly for Wales in Cardiff since 2006. Richard Rogers Partnership designed the structure using glass throughout to signify clarity, openness and transparency. 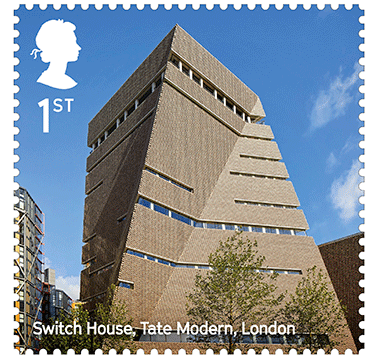 The Tate Modern London is housed in The Blavatnik Bulding, the former shell of the Bankside Power Station. Architects Herzog & de Meuron designed the ten-storey extension that comprises of a twisted brick pyramid with a direction-changing staircase within. Opened in 2016 the extension increased the area of the museum by 60%. 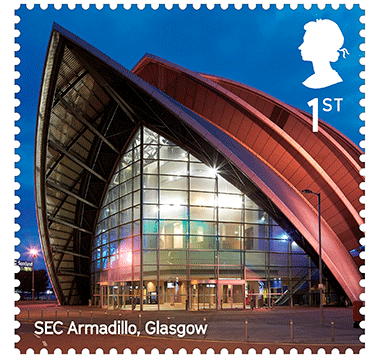 The SEC Armadillo, Glasgow, was designed by architects Foster + Partners. An international conference centre, the building comprises interlocking shapes that echo the River Clyde’s shipbuilding traditions. A series of overlapping aluminium-clad hulls wrap closes around the building that was completed in 1997. 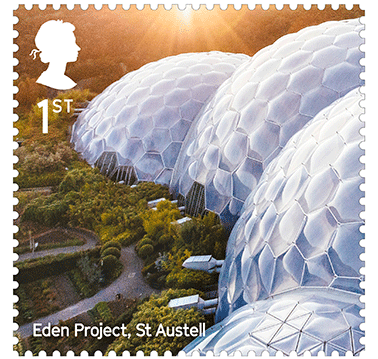 British architects Grimshaw designed the world-famous Eden Project in Cornwall. Located in an old china clay quarry the domes are said to be inspired by the adaptability of bubbles landing on any surface. The roof of the domes is made with ethylenetetrafluoroethylene, a translucent material weighing less than one per cent of the equivalent area of glass. The Eden Project opened to the public in 2001.

What are your thoughts on the new stamp collection? Do you think they missed out any great examples of British architecture? Let us know on LinkedIn 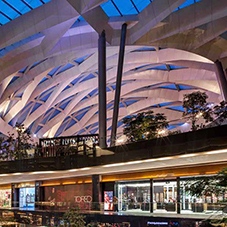 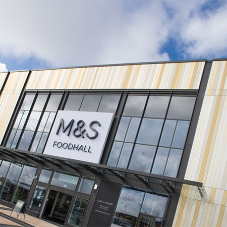 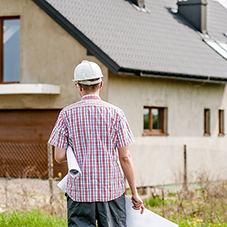 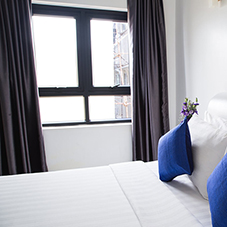